Our way of life today – from communication to trade to conflict – depends on the Internet. The questions related to cyber security that result from our technological dependency concern international and national security, but also everyone.

What do we have to watch out for?

Computers, laptops and mobile devices can often be infected with malware with the aim of collecting passwords and account data or in order to set up a bot network * that can attack other computers and slow down their work due to the excessive flow of data generated by all devices in the bot network. According to current statistics, 73% of all Americans were victims of cyber attacks and 90% of all American companies were affected by such attacks. In recent times attacks from infection of Ransomware** have been piling up, preventing access to your files and encrypting them in an almost unrecoverable manner.

Tablets, smartwatches, smartbands and other mobile devices are also targets for cybercriminals. Many of them have sensors such as cameras, microphones, GPS that could be used to collect personal data, including sensitive health data. WiFi, Bluetooth and cellular networks can also become targets.

We should not rely entirely on legislation, the relevant control bodies or the EU General Data Protection Regulation (GDPR), which sets the rules in all EU countries. We have to be able to protect ourselves and teach our children that too.

The smartphone should be our friend
Our smartphones are a real treasure chest of personal data – e.g. Images and videos, our contacts and details about our internet behavior are saved. Familiarize yourself with the security settings of your smartphone and the permissions that the individual apps have (e.g. access to location and camera).

Internet habits
If you want to improve the security of your device and your data, you need to deepen your general education and pay attention to a certain discipline on the Internet. The experts advise not to click on any links, advertisements or pop-ups unless you know that they come from a safe source. If you have any doubts – do research on the Internet.

Antivirus programs
There is a wide range of antivirus software available, many of which are free. It is important that the program offers real-time protection. So it is possible, even if you click on a potentially dangerous link, that the anti-virus program turns on and prevents the execution of the malware.

* Botnet – a network of computers or mobile devices that show no change in behavior, but when instructed from a distance, they attack a website by slowing it down because of the many devices they are accessing at the same time.

** Ransomware attack – limits access to the computer, hides and encrypts the user’s files and demands a ransom to remove this restriction.

Practical tips
How can you improve your security settings?

Update apps regularly to the latest status
If you are not sure whether you have the latest updates, you can easily check it in the operating system settings (Windows, Android, iOS, MacOS …).

Check or change security settings for Android devices
You can better protect your smartphone by updating your security settings. You can manage most of them in the “Settings” app. To check this, open the app and tap on “Security” or “Security & Location”.

Find device
Make sure you can find your smartphone in case it gets lost. If you lose an Android / iOS smartphone or tablet, or a Wear OS smartwatch, you can locate it, lock it, or delete the data on it. If you have linked your device to a Google / iCloud account, the “Find my device” function is automatically activated. You can only find, lock or delete your Android smartphone if the following applies: The lost smartphone is switched on; You are logged into your Google / iCloud account; The smartphone is connected to the Internet via a mobile data connection or WiFi; Location detection and the “Find my device” function are activated.

Lock smartphone: You can lock your smartphone with a PIN, a pattern, a password or with your fingerprint. You can also set up your own screen lock. To help whoever finds your phone so they can return it to you, you can add a message or phone number to your smartphone’s lock screen. In most cases, a message can be added even after the device has been lost!

Delete data: All data is irrevocably deleted on the smartphone (the content of the SD card may not be deleted) and the factory settings are restored. After that, “Find my device” no longer works.

Important: You can set your smartphone to prevent third parties from using it if the factory settings are restored without your consent. For example, if your smartphone is lost and the data on it is deleted, it can only be used by someone who can log in to your Google / iCloud account or unlock the display.

Tip: If you have linked your smartphone to Google / iCloud, you can locate or call it by going to “Find my device” on google.com/icloud.com.

How helpful was this article? 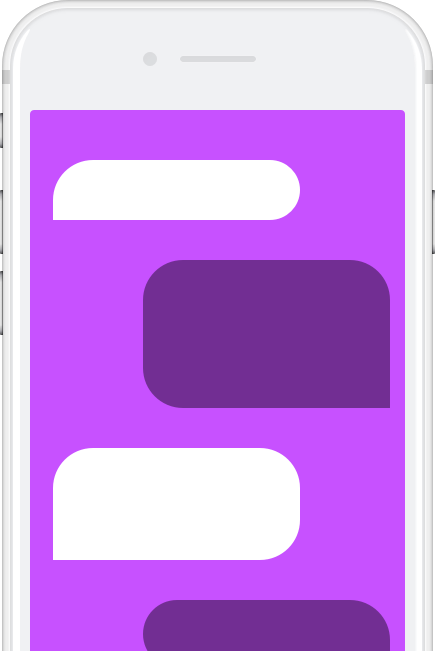